Oftentimes, the most common medical procedures can have some very scary statistics. Something that seems routine and common can be riskier than it looks. Cosmetic surgeries can lead to brain damage, botox injections can cause paralysis, even just suturing a scraped knee can prompt a sudden staph infection.

Urinary catheters aren’t normally shrouded in any sort of danger – it is just something that must be done alongside some other medical procedure, like during a long and intensive surgery. During recovery, the catheter is hidden under the covers, forgotten about in the midst of so many other worries and more “serious” concerns.

What they are forgetting about is the danger of sepsis. About 1/3 of all catheterized patients end up with bacteria in their urine, and 1/4 develop a UTI. Some of these patients go on to get a more serious issue, like sepsis, and thousands of them die because of it.

One of the easiest fixes to this problem is to insert fewer catheters. Anywhere between 21% and 55.7% of all urinary catheters may not even be necessary. That could more than halve the number of urinary catheter-related deaths. But what else can be done to help?

Another way to help reduce the number of urinary catheter-related deaths is by reducing the likelihood of bacteria entering into the bladder. One way to do this is to reduce catheter movement in the urethra. When the catheter moves – even just a little – it can move bacteria from the outside of the body, up the urethra, and into the bladder causing all sorts of problems. One of the best ways to reduce these micro-movements is to properly secure the catheter.

There are many different ways to secure a urinary catheter. The most common method, surprisingly, is just plain old tape. Does it do its job? Meh, kind of. It does what it’s supposed to do some of the time. Another method of securing is using a leg band. That works all right, but it is always at risk of sliding down the leg and pulling on the catheter. An effective method of securing catheters is with an engineered stabilization device.

The market-leading engineered stabilization device is a large, round adhesive patch with a hard, plastic latch that secures over the catheter tubing. Every clinician who has placed a foley catheter has used this device. It does help prevent the catheter from moving, but not enough. There are hundreds and hundreds of complaints about this specific device on the FDA Maude Event website. Some patients had skin tears, some had bruising, and for many, the device just didn’t work. It either kept unlatching or broke apart.

One of the big “features” of that very popular foley securement device is the swiveling latch. It is meant to let the patient comfortably bend their leg at the hip. It sounds like a feature but ends up more like a bug. The swivel latch is what breaks most of the time, and it leads to the catheter tubing getting all tangled up in it. Basically, the feature is not a feature, but an annoyance.

We saw a device that had issues. Lots, and lots of issues. And we knew how to fix them. When we started to think about how we could make a better foley securement device, we immediately knew that we wanted to get rid of the swiveling mechanics. No swivel and no latch. Those parts are made out of hard plastic and get pressed against the inner thigh. No thank you. We also wanted something that stuck properly. Not so strong that it caused painful skin tears, but strong enough so that it wouldn’t come off unless you wanted it to. The last aspect we wanted to include was adjustability. The market-leading device has a latch that opens and closes – and that’s it. There is no ability to adjust, to tighten, or to loosen.

So, we developed the Clik-FIX Foley Catheter Securement Device. Our foley device is made entirely out of soft, flexible materials. The base pad is made out of foam to cushion the thigh under the catheter. The adhesive we use is strong, yet skin-friendly. In most cases, the device doesn’t need the assistance of alcohol to remove. 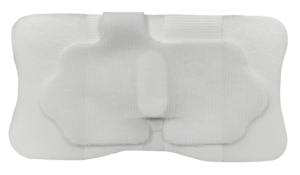 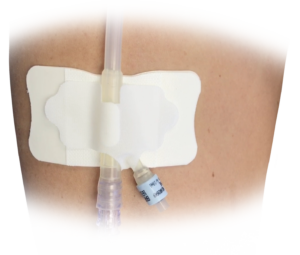 The Clik-FIX Foley device does not have a complicated swivel latch – instead, we went with a Wye strap that fits though the Wye between the drainage lumen and the inflation valve lumen. This helps reduce the risk of the catheter pulling away from the patient. The Wye strap is great because it is soft, flexible, and universal. The device uses hook and loop material to secure, meaning that it is adjustable. 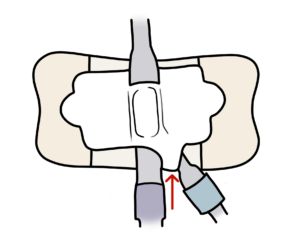 The Wye strap fits through the Wye between the drainage lumen and the inflation valve lumen.

We wanted to make a device that was better for the patient and for the clinician. For the patient, we made the device comfortable, with no hard plastic. For the clinician, we made it easy to use and adjustable to the catheter can be repositioned if needed. We made a device that was designed to reduce – and in some cases eliminate – all of the issues caused by the market-leading device. We saw an opportunity to make something better, so we did.

If you would like to see the Clik-FIX Foley Catheter Securement Device for yourself, please order a sample here or visit the foley device webpage to learn more.